Christmas Day and the NBA: the two go together like mistletoe and wine. It’s a sporting holiday to rival Thanksgiving and the NFL.

The season is long, but Christmas is a perfect time for more casual fans to tune in. You already have a sense of who’s been nice so far this season (and who’s been naughty). There are five consecutive games on and they are on at UK-friendly times. The only problem you face is balancing it all with family, food and, at some point, sleep.

This is why a ranking of the least-important up to the most-important Christmas Day games is needed. You might not be able to watch all of them, but knowing which games you have to tune in for can help you plan the rest of your festive fun. There are, of course, caveats – you could be a fan of the specific teams that are playing – but in terms of importance on the rest of the season, playoff positioning and momentum building, the standings work out something like this:

Despite a slow start, the defending champion Milwaukee Bucks are back fighting for a top spot in the Eastern Conference standings, thanks to getting back to decent health. Nobody expected the Bucks to come bursting out of the gates after a Finals win anyway, and even after dropping eight of their first 14 games of the season, few were concerned about where they would be by the end of the season.

In the opposite position are the Boston Celtics. They need this win. Many people had high hopes for the Celtics entering the season, but new coach Ime Udoka has his work cut out for him. They have also been dealing with injuries and Covid-related issues, and Jayson Tatum is among those, now having to use inhalers during some games. This means he has inconsistent periods or passive play on the perimeter – despite being one of the best fourth quarter scorers in the game – and team-mate Jaylen Brown has been in and out of the line-up with hamstring injuries.

It’s looking like a lost season for Boston. There is still time to turn things around, but they have been below .500 and out of the playoff race more than they have been in it. The Eastern Conference is better than it has been in previous years, and the Celtics just haven’t improved to keep pace.

For that reason, the Celtics-Bucks match-up is a game that can be on in the background of all the festive fun. It’s the second game on Christmas Day, so if someone wants to watch a film or you are in the kitchen mopping up gravy, you can second screen or keep an eye on the score over Twitter.

After last year’s respective playoff runs, the 2021-22 season has been a disappointment for the New York Knicks – who missed on off-season acquisitions of Kemba Walker and, to a lesser extent, Evan Fournier – while the Atlanta Hawks’ Conference Finals appearance is looking a bit like a fluke.

The thing that saves this match-up from being on the bottom of the Christmas game rankings is the rivalry these teams built last season. That alone should make it an entertaining game, even if it’s not as important as it could have been had they maintained the momentum of 2020-21.

At present, both teams are competing for a spot in the Playoffs play-in game at the end of the regular season. Hopefully health will be on their side, but in truth, the Hawks have rotation issues – too many good players can be a difficult thing to manage – and the Knicks are just worse than last year.

If you watch this one, you’ll be in for a treat and hopefully some fireworks, even if the game might be a bit meaningless in the grand scheme of things.

The Utah Jazz might be the best team in the NBA, but we’ve heard all that before. It’s about time they showed it on a big stage.

For several seasons now, the Jazz have been one of the top contenders, or the team with the best record, or the group ready to take the next step… it’s getting tiresome. So, a big win on a marquee date in the calendar could help generate the buzz that their record deserves. 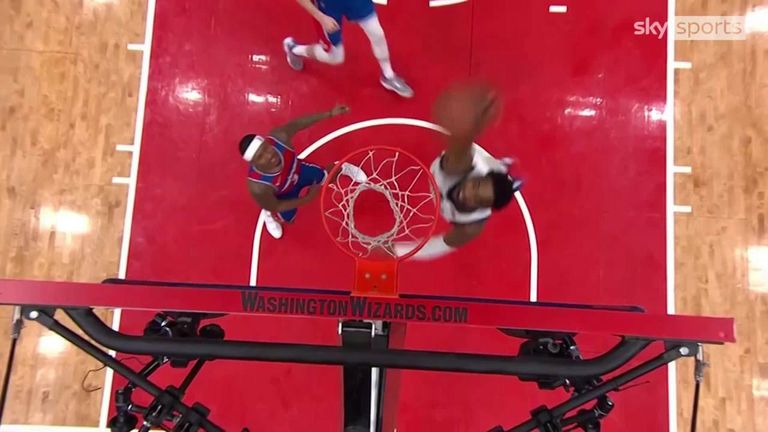 To be fair, people were saying similar things about the Milwaukee Bucks before they won a championship. That’s just how people talk about teams that are contenders for several consecutive seasons – we just want more.

But Utah has allowed one of the fewest points per game this year, so they’re getting it done on defense – thanks to Rudy Gobert and a good system built around his strengths and weaknesses. And they score among the most points in the league due to Donovan Mitchell becoming a superstar, with support from a solid, varied roster backing him up.

They will go up against a team that is arguably under-achieving. A lot has been written about Luka Doncic’s lack of fitness coming into the season, but the Dallas Mavericks simply don’t have a team around him to win 50 games.

They are floating around the bottom of the playoff hunt and it’s probably time to make some sort of move if they want to advance up the standings – they will need this win to help them stay within touching distance of the playoffs. The second half of the season should be better, simply down to health and, hopefully, improvement under new coach Jason Kidd – who has made basically no impact so far. But if they can bring in a player who can help take the load off Doncic, it could help the Mavericks make a run in the post-season.

Both sides have something to play for here, and if you’re a fan of either team, it could be the second most important Christmas Day game.

Remember when we thought seeing Carmelo Anthony and LeBron James finally join forces on a team would be a dream come true after 19 seasons? Well, it’s looking more like the time James teamed up with his other Banana Boat pal, Dwyane Wade – the second time around in Cleveland: the dream was better than the reality.

Part of this is because Anthony was also joined by other old-timers Dwight Howard, Rajon Rondo, Trevor Ariza, DeAndre Jordan and they traded away all their youth and perimeter defense for a rapidly ageing, and declining, Russell Westbrook. They have looked old, and without much structure, so the trade deadline and buyout period will be interesting now that the Lakers don’t have any assets to trade away.

After a slow start, there was a general acceptance that nobody should really judge the quality of the LA Lakers until 2022 rolled around, so a Christmas Day game would be a good time to make a statement.

The only problem is that the Lakers are going up against the Brooklyn Nets. They were also slow out of the gates, but they’ve still spent large portions of the season at the top of the Eastern Conference – top tier talent being in the prime of their career, rather than the end, being the difference. Even with no Kyrie Irving and a not-100-per-cent James Harden – as well as poor performances from an old-looking Blake Griffin and injuries to Joe Harris – the Nets are still showing an ability to flick the switch, thanks to Kevin Durant and, weirdly, LaMarcus Aldridge – who has taken a drink from the fountain of youth since he retired for health reasons last year.

Brooklyn needs these wins to keep up momentum and stay ahead of the rising Milwaukee Bucks if they want to secure home-court advantage throughout the playoffs. And a partially-returning Irving might help them maintain that buffer, but right now – for both teams – every game counts.

The two games that the Golden State Warriors and Phoenix Suns have played so far this season have been worth every penny, even with Suns shooting guard Devin Booker sitting out one of them.

These teams are battling for a top seed in the Western Conference, and with each having won a game apiece, so the winner of the Christmas Day game could benefit from a tiebreaker if one is required at the end of the season.

Stephen Curry and Chris Paul will be on many people’s MVP ballots so far, and they’ve led their teams to long winning streaks and elite records.

They have contrasting styles: the Warriors run shooters through screens and still play relatively small with Draymond Green at center when it matters; the Suns have two mid-range assassins and a traditional big who can roll to the rim and play with his back to the basket in DeAndre Ayton. This will help make it one of the more entertaining games on Christmas.

For UK-based NBA fans, it will start at around 10pm, which is just about manageable, but after a heavy day of eating and socialising, you might fancy a nap beforehand in case it goes to overtime, because it will be must-watch TV.