According to the district, experts ensured that the project was evidence-based, incorporated Indigenous knowledge and wisdom and included healthy physical activities.

The project was also presented to 1100 viewers by the executive director of the geopark, Manda Maggs, and Dr. Helm at the (Virtual) Global Geoparks Network Conference in Jeju, South Korea, in December 2021. 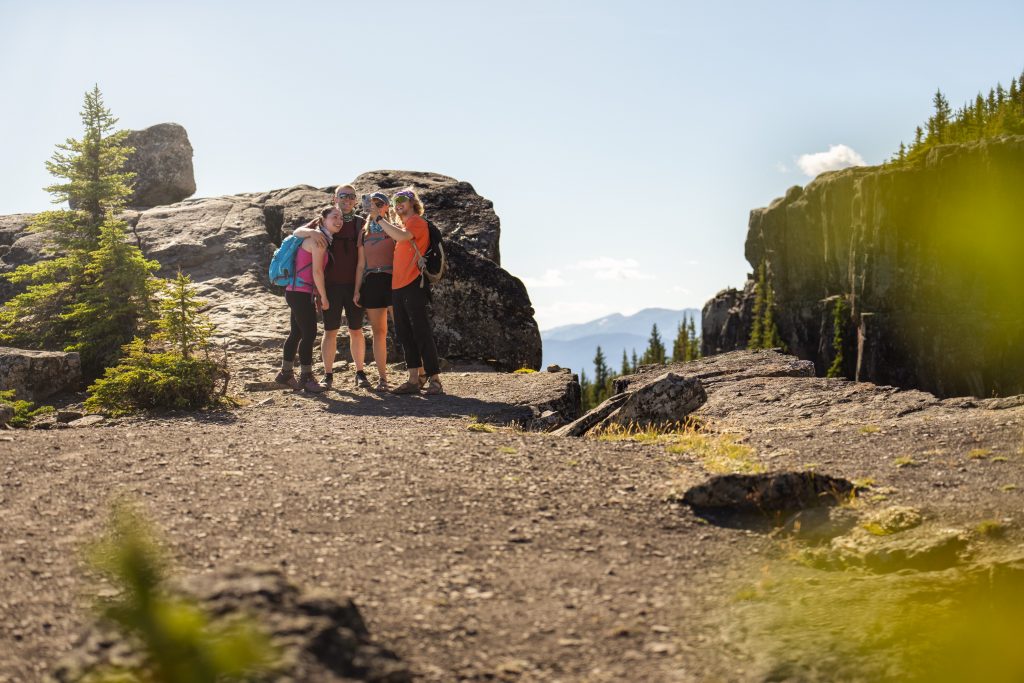 Thanks to funding provided by the district, the teacher resource guide “Living Well in Place: Health and Wellness in the Tumbler Ridge UNESCO Global Geopark” was created.

The guide focuses on feature geosites at TRUGG and brings together the four themes of the Health in Geoparks project.

“Through four inquiry-based lessons, the guide embeds movement, connection to place, history and culture as integral to each lesson. In addition, the lessons address our daily choices for health and wellness and address nature-deficit disorder, which is increasingly being regarded as a medical diagnosis,” the district said in a release.

According to the BBC, the term nature-deficit disorder was coined by American journalist and author Richard Louv in his 2005 book “Last Child in the Woods.”

Louv claims that individuals, especially children, are spending more time indoors than they have in the past, causing alienation from nature, which he hypothesizes makes them more vulnerable to negative moods and reduced attention spans.

In a 2018 study on ventilation, Health Canada estimated that Canadians spend approximately 90 per cent of their time indoors.

Statement Highlights: It is estimated that about one in four adults worldwide has an abnormal build-up of fat in the liver, called non-alcoholic fatty liver disease (NAFLD). NAFLD can lead to permanent liver damage, and heart disease is the leading cause of death in people with fatty liver disease. Because...

You watched your child hit all of their milestones: crawling, walking and even babbling their first words. But then, as they continue to grow, they start rapidly losing their coordination, ability to speak and the use of their hands. This is what happens to children with Rett Syndrome. It’s a...

NCW Libraries is proud to partner with Confluence Health to offer a virtual Health Living Series this spring featuring an introduction to healthy living, weight loss, sleep, and cancer prevention and screening.This weekly series will run from April 13-May 25, each Wednesday evening at 7PM. A provider from Confluence will...