Talks between the clubs are ongoing as Newcastle boss Eddie Howe looks to strengthen his squad in the January transfer window.

“Trippier now has to decide if he wants to leave or not,” said Atletico boss Diego Simeone. “We will move on his decision.”

Howe worked with Trippier before while in charge of Burnley. He signed the right-back from Manchester City in January 2012 after impressing during a loan spell at Turf Moor.

Trippier joined Atletico Madrid in 2019 after four years at Tottenham and won a league title last season. He was also named in the La Liga team of the year. 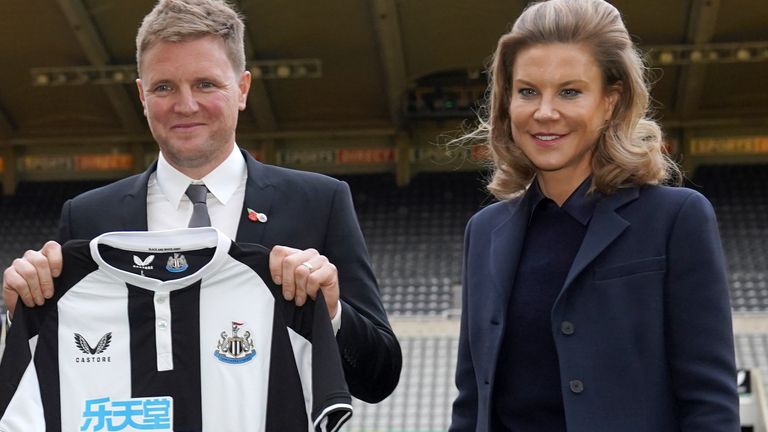 The 31-year-old has made 19 appearances this season for Atletico, who have fallen 15 points behind city rivals Real after three successive defeats.

Trippier has won 35 caps for England and started in last summer’s Euro 2020 final against Italy, setting up Luke Shaw for an early goal.

Newcastle sit 19th in the Premier League with one win from 19 games this season and Howe will hope Trippier could help shore up a defence that has conceded 42 goals, the joint-highest in the league along with Norwich.

Newcastle set an unwanted record in 2021: the 80 goals they conceded was the most ever recorded in a calendar year by a Premier League team. This season, in their first 19 matches, they’ve let in 42 – only eight sides have ever let in more at that stage in the Premier League.

That leakiness has proved costly, with Newcastle dropping more points from winning positions than any other side in this campaign.

Throw in the fact that Newcastle have allowed more shots on their goal than any other Premier League team this term and the picture is plain: this is a defence which badly needs reinforcements in January.

Eddie Howe – who hasn’t been able to orchestrate a significant improvement in that department since taking over from Steve Bruce – has turned to a familiar face for help.

Howe coached Trippier for two seasons in the Championship when both were at Burnley 10 years ago. Since then Trippier has gone on to become one of Europe’s top right-backs, reaching a Champions League final with Tottenham before winning La Liga last season with Atletico Madrid, where Diego Simeone’s coaching has improved his defensive skills.

Trippier’s reliability and creativity from crosses and set-pieces have made him a favourite of England boss Gareth Southgate, too, who turned to him at key moments throughout the Three Lions’ run to the Euro 2020 final last summer before handing him the captain’s armband for the World Cup qualifier with Andorra in October.

If Newcastle are able to bring him to St James’ Park, Trippier will add leadership, experience and quality to the backline. Newcastle will need strengthening in other areas too but it would be a transfer that would boost their hopes of securing Premier League survival.

Southampton have contacted the Premier League to outline their frustrations at the late postponement of their match against Newcastle.

On Friday afternoon the Premier League confirmed it had accepted Newcastle’s request to postpone Sunday’s fixture “as the club do not have the required number of players available for the match (13 outfield players and one goalkeeper)”.

FREE TO WATCH: Highlights as Manchester United fought back to claim a draw against Newcastle in the Premier League

It is Newcastle’s second fixture in a row to be called off after Thursday’s trip to Everton was also postponed due to the number of Covid-19 cases and injuries in Eddie Howe’s squad.

Last Monday, Newcastle were only able to name eight substitutes, including two goalkeepers, instead of the maximum nine for their 1-1 draw against Manchester United, with the squad depleted due to injuries and Covid-19 cases.

But Southampton are unhappy with the current lack of transparency around why games are called off and want full transparency in knowing which players are injured and how many of the squad have Covid-19.

Follow every Newcastle game in the Premier League this season with our live blogs on the Sky Sports website and app, and watch match highlights for free shortly after full-time.

Get all this and more – including notifications sent straight to your phone – by downloading the Sky Sports Scores app and setting Newcastle as your favourite team.

Hear the best Premier League reaction and expert analysis with the Essential Football and Gary Neville podcasts, keep up-to-date with our dedicated Transfer Centre, follow the Sky Sports social accounts on Twitter, Instagram and YouTube, and find out how to get Sky Sports.