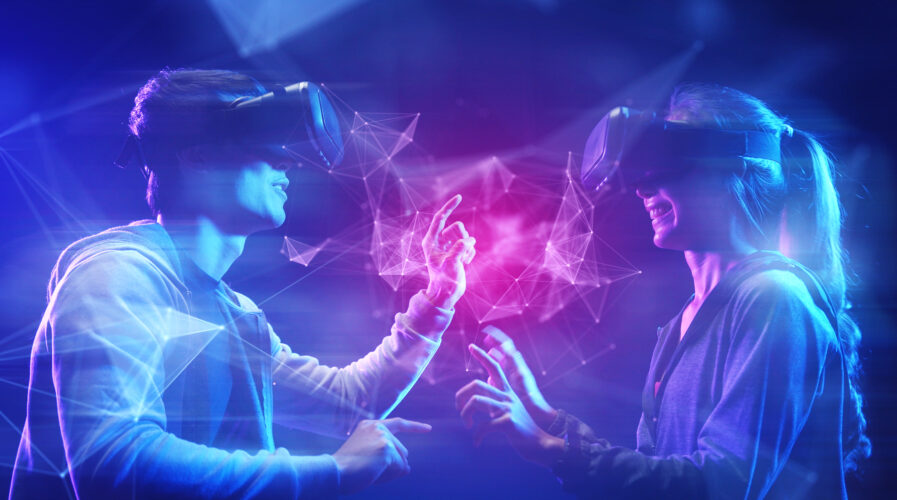 While the metaverse continues to be a trending topic globally, its hype has slowed down a bit. In fact, since shares of Meta plunged after the company announced a decrease in profits earlier this year, many companies are taking a more subtle approach towards the metaverse.

Despite this, social media companies are hoping to bag opportunities in the metaverse as well. Many are already developing augmented reality and virtual reality tools to give their users a sneak preview of what the metaverse would look like in the future.

As the livestream market grows its user base, the metaverse might just end up being the next platform for livestream. After all, both require users to be participating in real time. Avatars in metaverse respond to user movements and controls just as how a livestream broadcast works. The only question now is, which will social media users prefer more?

The livestream market is seemingly less complicated compared to the metaverse. However, the values brought upon by metaverse may just have an added advantage. For users, it would probably go down to which platform would serve their needs better.

A recent example was the launch of Samsung’s new mobile phone. The mobile company decided to broadcast its product launch live on the Internet as well as in the metaverse. Unfortunately, the metaverse broadcast was not as exciting as what consumers had expected it to be for the event. 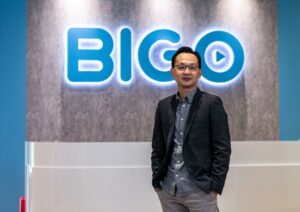 , one of many metaverse efforts, is accessed via a desktop browser for the product launch. Users had to create an avatar which they can then navigate around the blockchain-powered virtual world.

However according to a report by CNBC, any users had issues with Decetraland. This includes users having avatars jump on other people’s heads, with the chat box full of pleas for help.

As such, while it may be early days for the metaverse, the technology is slowly improving as well. And for social media platforms like Bigo Live, the metaverse has sparked many conversations around its potential as the next evolution of the digital world.

Mike Ong, VP for BIGO Technology believes that livestreaming will be an important gateway to exploring and developing the full potential of the metaverse. He shares more about it with Tech Wire Asia.

Everyone talks about the metaverse today. Where does BIGO see itself in this? 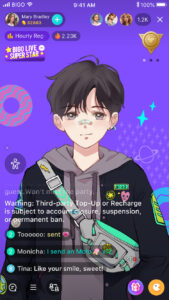 The metaverse has sparked many conversations around its potential as the next evolution of the digital world, and we believe that livestreaming will be an important gateway to exploring and developing the full potential of the metaverse.

The boundaries between the digital and physical worlds have been blurred over the past few years, especially with the growing appeal of live e-commerce, online social gatherings, and online gaming.  The metaverse is seen as the culmination of this shift. Interactive experiences are crucial to the metaverse’s success, and livestreaming platforms such as Bigo Live have already successfully bridged that gap.

By providing an immersive social experience to Bigo Live users, we’ve been able to shape the realities of both users and broadcasters alike; enabling them to fully integrate and merge their realities from both the physical and virtual into a singular reality where they are able to thrive and find fulfillment.

Through the metaverse, we want to be a platform where our users can not only enjoy an immersive livestreaming experience but also experience synchronous social interaction that is an extension of the real world.

Our vision of the metaverse is that it is an open environment for anyone to participate in and that it is an expansion of the physical world to allow users to interact within the virtual world simultaneously through their livestreams. Ultimately, we want to foster stronger connections between communities of users, and not divide them. We hope to create a holistic livestreaming experience bolstered by our VR and AR technology.

What new features can users expect from BIGO in 2022 and beyond?

As we continue our next phase of growth, Bigo Live is currently focusing on three key areas – pan-entertainment, social livestreaming, and gaming.

We will also build upon existing partnerships with gaming companies, fashion brands, entertainment agencies, and television to bring unique values and opportunities to communities around the world. We are working towards a world where the digital scape is an extension of the physical world and vice versa.

We will continue to innovate and push out new features to continue providing our users with an engaging and immersive livestreaming experience. In the meantime, we will stick to the continuous build of content verticals and interest-based groups to empower our communities and creators.