Why Did Royal Caribbean Just Have Its Best Bookings Ever? – Cruise Hive

Royal Caribbean posted the best booking week and day in its 53-year history. After more than two years, guests feel the confidence they need to book a cruise on board one of the company’s mega-ships. The global pause in operations has done a considerable amount of damage, but those days are now well and truly behind us.

Royal Caribbean is not alone either; several other cruise lines announced the same in the last weeks. Record bookings the like of which hasn’t been seen in many years.

According to the Health and Human Services Department, the pandemic is still not over, and COVID measures on board have seen few significant changes over the last six months. So, why did Royal Caribbean just have the best bookings ever?

The best week and the best day of bookings in more than 53 years. Between March 26  and April 1, 2022, Royal Caribbean received a massive amount of bookings through the website, call centers, and travel advisors.

Guests are flocking back to cruises and back to Royal Caribbean, prompting Michael Bayley, the president and CEO of Royal, to hail the return of cruising.

“The enthusiasm and excitement for the successful return of cruising is undeniable. We could not have reached this incredible milestone without the unwavering support of our loyal guests, our valued travel advisors and partners, and the Royal Caribbean International team around the world,”

It’s not just Royal Caribbean; in the past week, both Carnival Cruise Line and Virgin Voyages reported the same, with huge booking numbers recorded between the end of March and the start of April.

Why Royal Caribbean Is Doing Well

All in all, it has been a good week for Royal Caribbean. The name of the newest Oasis-class ship, Utopia of the Seas, was announced. Progress on the construction of the company’s first LNG-powered cruise ship, Icon of the Seas, is going as planned.

In Asia, where cruise ships seem to be doing less well, Spectrum of the Seas sailed with guests from Singapore, making it two Quantum-class cruise ships sailing from the city. Then we have the biggest cruise ship in the world that commended operations only recently. And that, in part at least, explains the confidence guests seem to be having in the Miami-based company.

But the influencing factors do not come from Royal itself. On March 30, the Centers for Disease Control and Prevention (CDC) removed its Cruise Travel Advisory. Showing confidence in the effective measures cruise lines have implemented and how they are controlling the health and safety protocols.

The same counts for many guests who had been hesitant to book a cruise before. The cruise lines have, in the general public’s eyes, proven they are a safe vacation option.

March is also traditionally the end of Wave Season. It is the time of the year when cruise lines go all out in getting good deals online and when guests traditionally start looking for a vacation during the summer months.

If we factor in thousands of guests waiting for the right time to spend their Future Cruise Credits from canceled cruises in the past two years and a huge pent-up demand for people to go on vacation again, we have a unique situation.

All factors combined mean that Royal Caribbean was able to produce a week that it hasn’t seen before. It also means that the measures that the cruise lines have implemented onboard, such as testing before the cruise, and in some instances the need for masks, seem to be having little impact on the popularity of cruising. 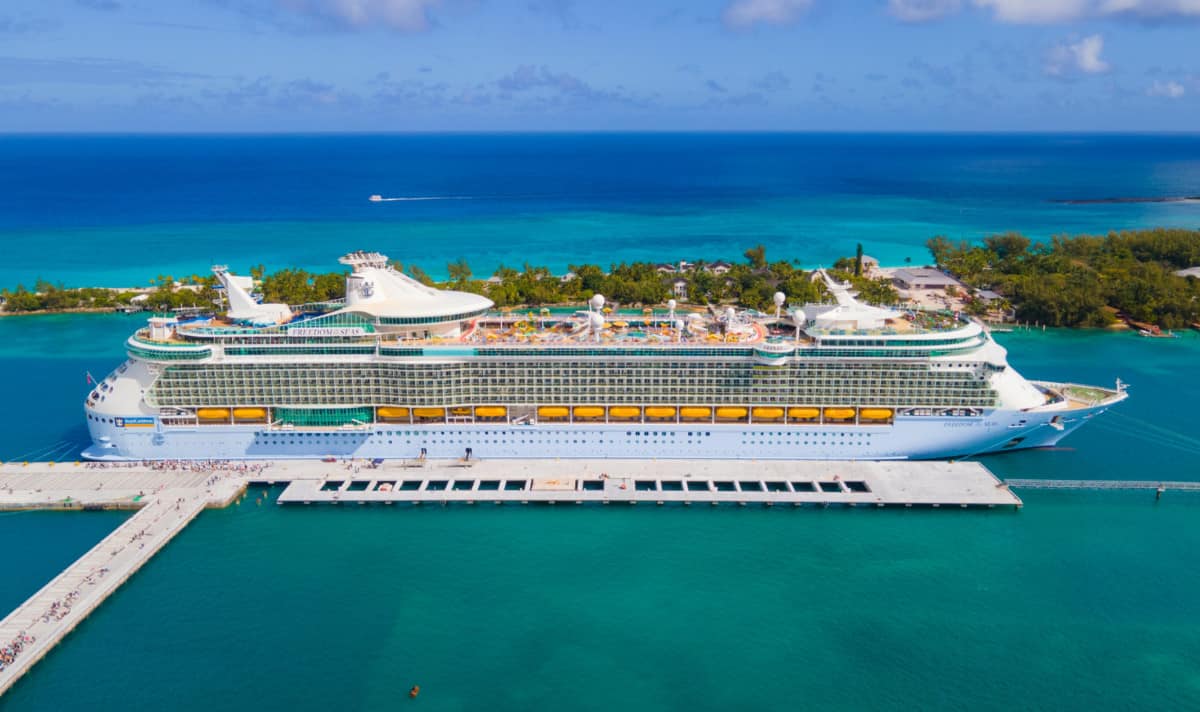